We are laying the groundwork for the development of wilderness areas

It was back in May 2006, when the first “Eifel National Park: Forest in Development” expert conference took place. The conference resulted in concrete recommendations regarding the development of forests in the National Park. The associated report was intended to serve as a decision-making tool for the National Park Authority and the stakeholders involved, and to aid understanding of the concepts of forest development.

The report was published by the Research Institute for Ecosystem Analysis and Evaluation (gaiac), the Institute for Environmental Research (Biology V, RWTH Aachen) and the Eifel National Park Authority. The report is available for download. The maps are provided in a second document.

The forest development measure at Wüstebach in the Wahlerscheid district of the National Park is being carried out in conjunction with the TERENO research project. 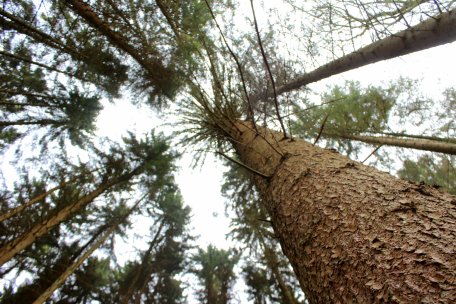 The spruce is not a tree that is native to the Eifel and it is particularly dominant in the southern part of the National Park. M. Weisgerber